Mullahs = Ignorant scholars among the Muslims who are responsible for all the bad things you see in the holy name of Islam.

In Pakistan the discrimination in education sector is widespread against Ahmadi Muslims. Recently 10 kids were expelled in Hafizabad. Including among those kids was one who was studying in prep class. He didn’t even start his first grade! Mastar Rana Dilawar Hussain was murdered in cold blood at his school because he was an Ahmadi. Many students & teacher are facing cases. A lecturer in Kotli had “Qadiyani Kafir” written at his rostrum. His son was beaten by some students belonging to student organisations. There are educational institutions de nationalised across Pakistan but Ahmadiyya institutions are not handed back years after Ahmadiyya Jama’at paid a hefty amount and fulfilled all the requirements. Here’s another sinister way to indoctrinate young kids with hate in Pakistani schools by handing them notebook label stickers by the so-called protectors of Islam: 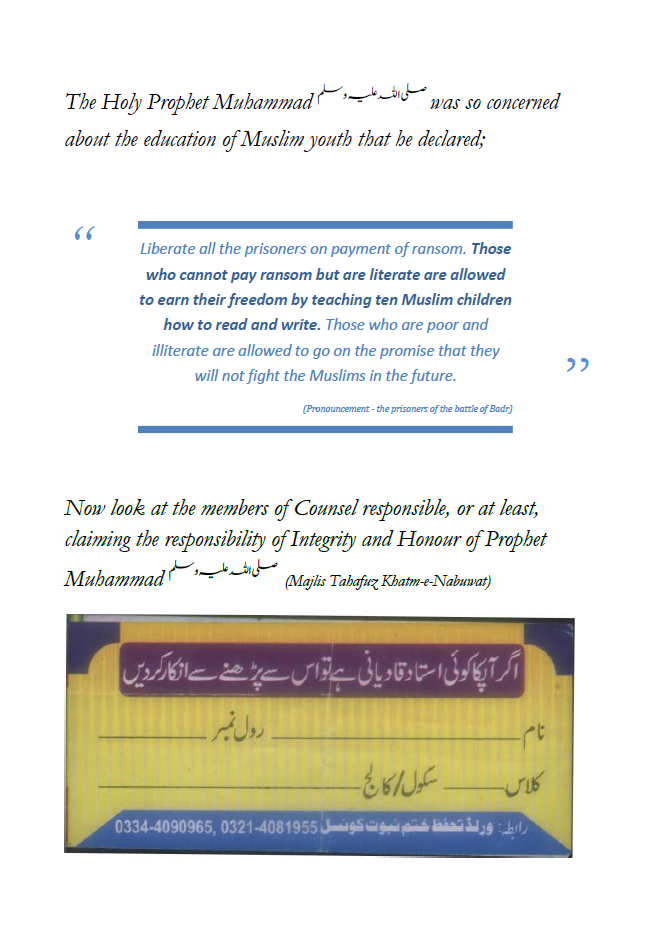 Above is a sticker that children use on their books as “label” with the name and class. This is being distributed in schools of Pakistan by Majlis Tahaffuz-e-Khatam-e-Nabuwwat (a terrorist organization created in the holy name of Prophet Muhammad(saw) but has actual roots in Majlis-e-Ahrar*). It says on the sticker that if your teacher is “Qadiani” i.e. Ahmadi Muslim, then refuse to get educated from him. 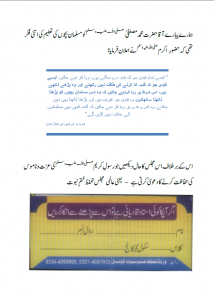 *Majlis-e-Ahrar is the same organization that opposed Muslim League during Pakistan movement  and was against the creation of Pakistan.

When an enemy finds no argument, he opts for persecution, murder & plans the banishment of his opponent from his native land - Messiah (as)

Mullahs in #Pakistan say they have "finished" Qadianiat but #IslamAhmadiyya has gained 514,352 new souls from around the world in one year! #JalsaUK

Victory of #IslamAhmadiyya has already been established through clear proofs and arguments. (that is why mullahs use force of law #Pakistan)

We Ahmadis do not want a certificate from government of #Pakistan for our #Islam - we have the guarantee of Holy Prophet (saw) with us.